Get fresh music recommendations delivered to your inbox every Friday.

It Is Written CD 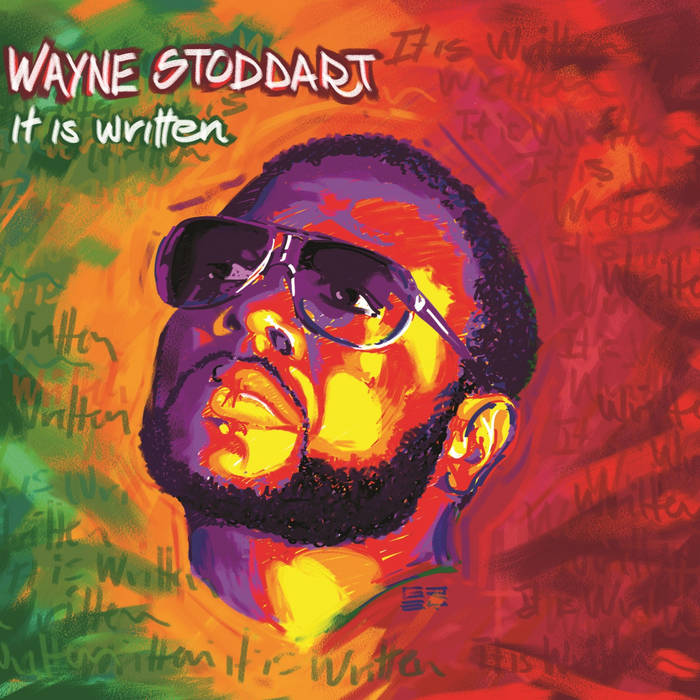 Over the past two decades Wayne Stoddart has gradually emerged as an artist whose output has mainly consisted of roots reggae material, steeped mainly in admonishment and encouragement from a Christian faith perspective. Having gotten his start as a musician in a church setting, his earliest recordings revealed a gospel feel while giving a glimpse of what was to come. From Wayne Stoddart & The Dynamis Singers' "Fulfillment Of The Bible" (1995) to subsequent solo releases including "Committed" (2001) and "Love Convictions" (2007) and a slew of singles and remixes in between (mainly tunes on the aforemention albums), Stoddart's work has shown a steady commitment to the gospel message and quality musical production. Tunes such as "Committed", "Love In Any Language", "Bountiful Love", "Spirit Of The Lord", "Move On" and others have made an impact on reggae lovers through the means of radio and live performances from Jamaica to the east and west coasts of the US and also in Florida where the artist now makes his home.

"It Is Written", the new album from Wayne Stoddart, establishes a high water mark in terms of songwriting, musical performance, and production. In addition, the artistic focus and consistency help make this project his best to date. While Stoddart's work has always been primarily roots reggae, this album has a warm, natural feel and sounds like a band project more than any previous work. With production credit going to Aston Barrett, Jr., current member of the Wailers and son of bassist Aston 'Familyman' Barrett and nephew of drummer Carlton 'Carly' Barrett, both legendary musicians in the annals of reggae history, it is no wonder the sound quality of "It Is Written" harkens back to reggae's so-called "Golden Age" of the 70's and early 80's. Over the past several years Stoddart has been backed by Reggae Force, and from that band this project includes Barrett, Jr. on drums, Alaina Reed on bass guitar and Peter 'Sprangy' Williamson on keyboards. As a result, rather than simply existing as a means to provide rhythms for Stoddart to voice over, the instruments on "It Is Written" are truly a highlight. Where on many reggae recordings the musicians sound stifled, here they are allowed to be expressive which brings the quality of the songs to another level. In addition to the drums and bass, vintage organ, clavinet, guitar, and even what sounds like a Fender Rhodes electric piano, are prominent throughout but never in a heavy-handed way. Stellar backing vocals and horn arrangements (including with Dean Fraser on saxophone on "Turn It Around") make for the icing on the cake. All of this provides the ideal complement for Stoddart's voice which is in peak from and truly an instrument in itself, ranging from robust to raspy and even silky, depending on the song.

While Stoddart fills the familiar role of fiery roots preacher in tunes such as "Turn It Around" and "Three C's", he reveals an introspective side which shows his evolvement has a songwriter. The brilliant country-flavored "Back To My Life" seems in the lyrical and musical senses to be a sequel to the Wailers' "Stop That Train." Where Peter Tosh lays bare the weariness of being rejected in one's community and desiring to leave, Stoddart sings of wanting to come back as the road has been unkind and the grass not quite as green as imagined. "Back To My Life" also features some beautiful slide guitar (reminiscent of Warren Haynes) from William Vasquez. The Toots & The Maytals-influenced "Dance In The Rain" is also a highlight as Stoddart shows a playful side and features call-and-response vocals with his backing singers. "Live Love and Learn" and "Fulfillment Of The Bible" are new renderings of tunes Stoddart has recorded in the past. "Fulfillment" is a standout with its crucial message and vocals sung in the vein of foundational singer Fred Locks. "Righteous Revolution" is an old school dubwise singer/DJ collaboration with St. Matthew while the pensive "Black And White" features Troy Genius who chants over an accented bridge in a song which speaks not of racial equality, but of how God Almighty is revealed in even the most subtle aspects of his creation and how he reveals Himself to the inner man. "Charity" is a tune which embodies a stark Black Uhuru/Mykal Rose vibe in the instrumental sense, while the militant-sounding cultural tune, "Taking Over", features the impressive vocals of Tamara Brooks. The self-explanatory "Prayer For Jamaica" would sound at home on a Luciano album and is a loving and impassioned appeal to Jah and a call for spiritual awakening. "Anywhere You Want To Go" is likewise a rootical commentary of superior quality in every sense and is one of a number of selections which could well be chosen as a single.

With a balance of admonishment, social commentary and introspection, this is a serious album for serious times with not a throwaway tune in the lot. Indeed, the majority of "It Is Written" has a serious and urgent tone but also includes the right amount of sweetness and sunshine to buoy the spirit. "It Is Written" may indeed be the breakout album which allows Wayne Stoddart an even greater platform to share his uncompromising message of the gospel along with a level of artistry on par with the best of conscious roots singers on the scene today.

Bandcamp Daily  your guide to the world of Bandcamp